For the past three years, Nuriyanti, a 36-year-old high school graduate, has been crocheting leftover fabric scraps into colorful rag rugs, selling them as a way to supplement her household income. She runs her business from her small suburban home near the sprawling Bintaro Jaya Xchange Mall in South Tangerang, Banten, making around Rp 20,000 (US$ 1.44) for each rug that she sells.

Every once in a while, a customer would order a large, custom-made carpet, for which Nuriyanti would be paid up to Rp 150,000 depending on the size. Nuriyanti toiled to complete one such order last weekend, just as the whole country was commemorating Kartini Day. Observed every April 21, it is a day when Indonesians look back to Kartini’s admirable efforts in fighting for equal opportunities among men and women in colonial-era Indonesia. 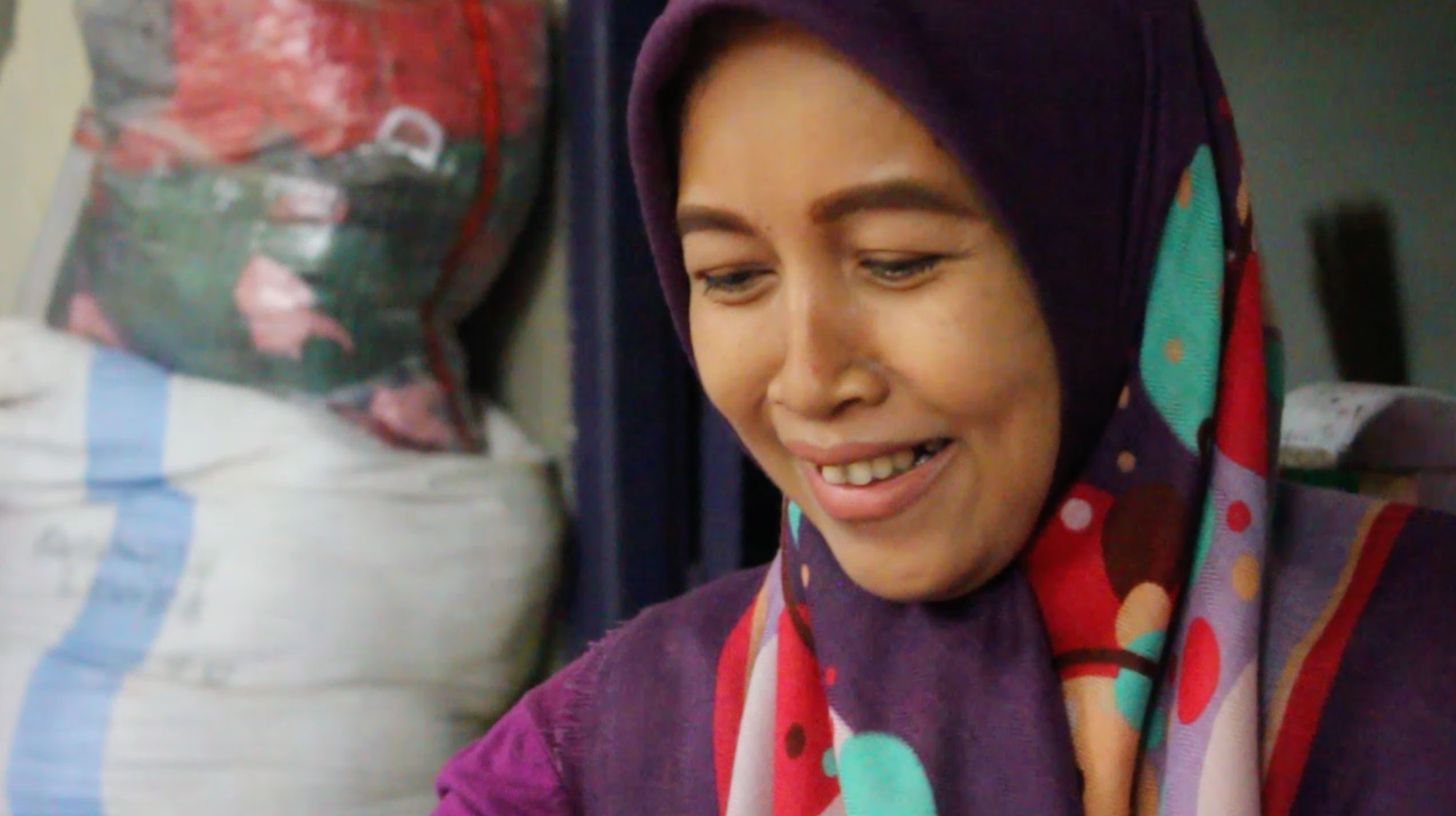 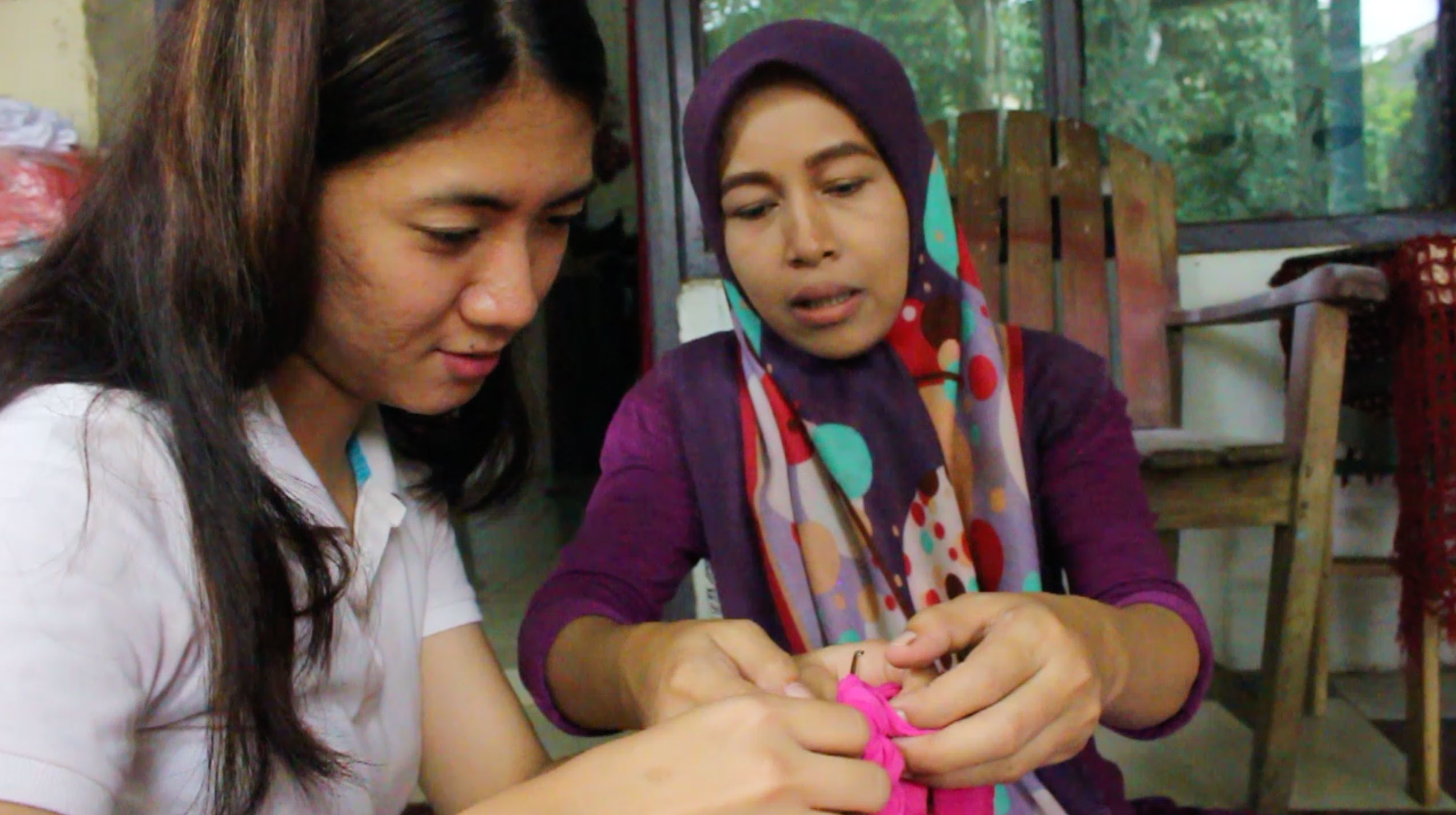 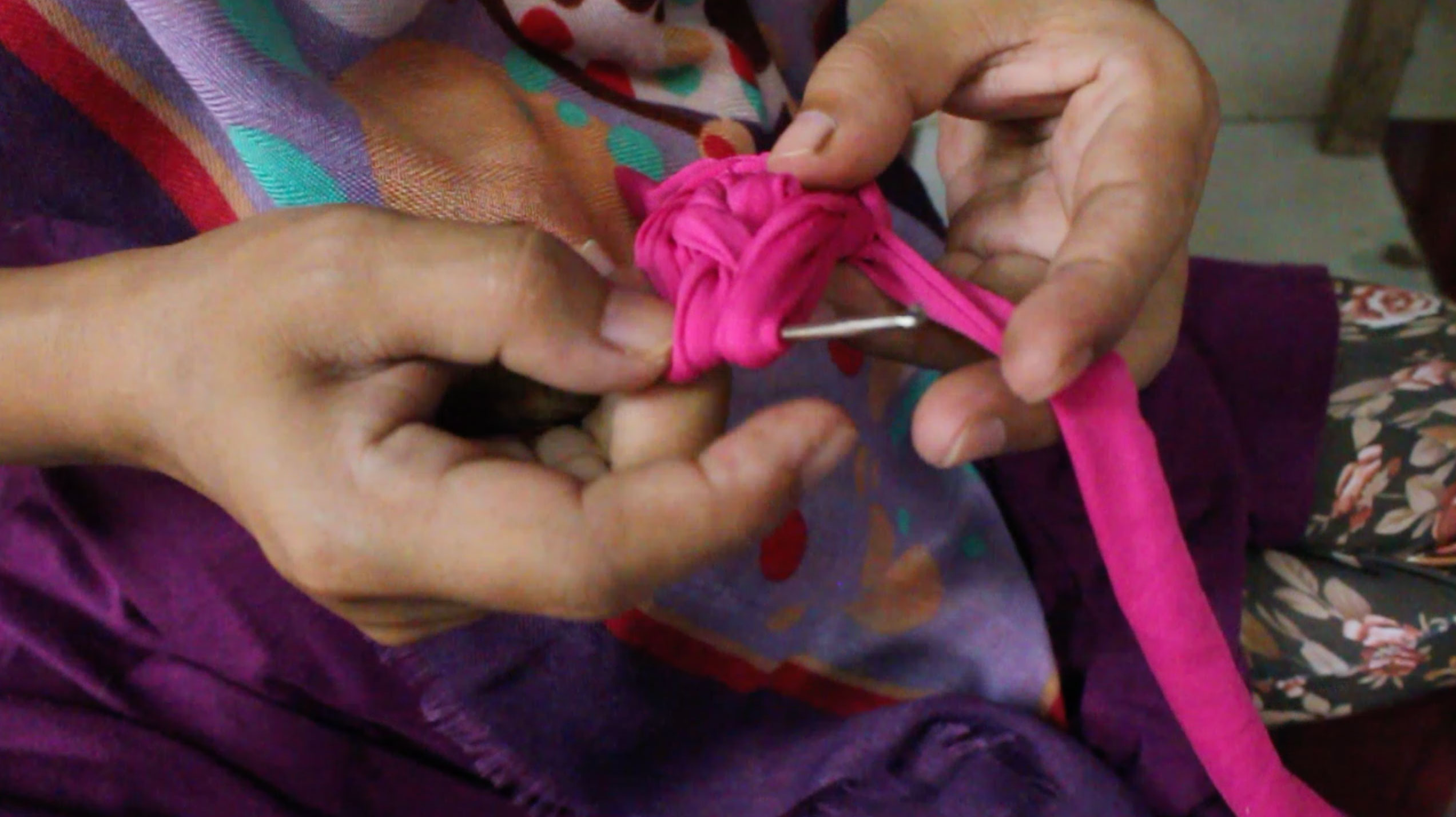 More than a hundred years later today, Nuriyanti does not have to face the same level of inequality as the women in Kartini’s era did. Still, she is a fighter in her own right, building a business from scratch while still keeping her day job at a clothing factory and tending to her husband and children’s everyday needs. Nuriyanti is a modern-day Kartini.

Nowadays, Nuriyanti is fighting a different battle; she is struggling to grow her small business. “I really want to expand, maybe hire a staff to help me with cutting and sewing the clothing scraps so I can produce more,” she said in a recent interview with Mekar.

She also aspires to put her products on the shelves of nearby small shops and convenience stores. “Maybe one day; I still don’t know how I can do that, but I do know I need to have a large stock of products for starters,” Nuriyanti added.

Luckily, Nuriyanti is a member of Abdi Kerta Raharja (AKR), one of the largest savings and loan cooperatives in Banten and also a lending partner with Mekar, a leading fintech lending company. Mekar runs an online lending platform where people from all over the world can lend to Indonesian micro businesses that are run by women like Nuriyanti, helping them grow and expand their venture while earning a solid return.

AKR has been a lending partner with Mekar for a little more than a year. As of today, more than 7,500 micro business loans originated by AKR have been funded by funders in Mekar. The majority of the borrowers are women micro entrepreneurs who, like Nuriyanti, are in need of funding to grow their business.

Nuriyanti realizes that getting a loan would greatly help her business. Without an asset that she can pledge as a collateral, Nuriyanti is very unlikely to get a loan from the bank. Most micro business owners in Indonesia are facing the same problem as Nuriyanti; for them, bank financing remains elusive. They are the unbankables and Mekar reaches out to them.

You too can help women micro entrepreneurs in Indonesia grow their business while earning much higher than the interest rate on your time deposit account. Just sign up as a funder in Mekar and start lending today.