Jakarta, April 16, 2018 – Financial inclusion remains a challenge across Indonesia where, according to 2014 data from the World Bank, only about one third of adults own a bank account. But FinTech companies in the country is tackling the problem head on by offering their services to the underbanked.

Among them is Mekar (PT Mekar Investama Sampoerna), a leading FinTech lending company that offers an opportunity not only for Indonesian people and institutions but also those from many other countries to lend to women-run micro businesses in Indonesia, thus helping provide access to finance for 56 million units of micro, small and medium-sized enterprises in the country. In return, lenders (or funders in Mekar) will receive returns of up to 17% per year.

As of Monday, Mekar has disbursed more than Rp 36 billion in almost 20,000 loans. In an effort to cater to a larger network of MSMEs, Mekar has announced an agreement with Amar Bank (PT Amar Bank Indonesia), an emerging national bank. The agreement will see the latter finance loans for thousands of women-run micro businesses in Indonesia through the peer-to-peer lending platform.

The signing of the agreement was held at Amar Bank’s office in Jakarta in the presence of Mekar’s Marketing Director Randy Gunadi and Amar Bank’s Managing Director Vishal Tulsian.

Mekar’s CEO Thierry Sanders said with this cooperation, thousands of women micro entrepreneurs in Indonesia will get the funding they need to grow their business.

“It is an honour for a FinTech company like Mekar to be working with Amar Bank, one of Indonesia’s most tech savvy banks,” Sanders added.

Amar Bank’s Managing Director Vishal Tulsian said the Indonesian micro-business segment has a big potential that is largely untapped. “We realize we have to reach this market, so we collaborate with Mekar because Mekar has the means that can help us reach the micro businesses,” Tulsian explained. 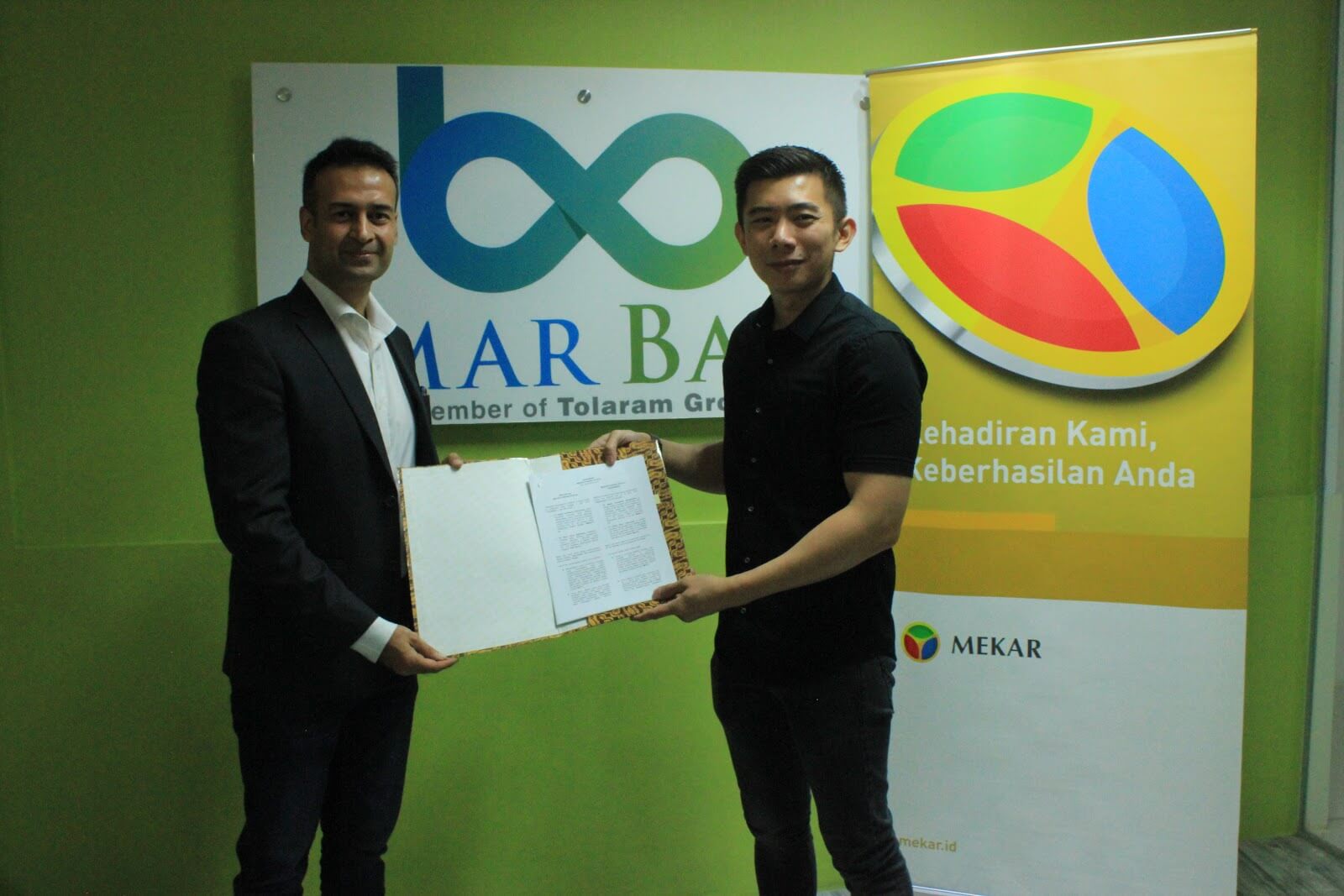 The collaboration between Mekar and Amar Bank shows that there is a growing confidence of players from the banking sector in working together with Mekar, which, as a FinTech company, is a relatively new player in the financial industry. An increasing number of financial institutions, including banks, have found that lending through Mekar is easy and that Mekar adopts a highly effective risk assessment approach. Financial institutions that are lending to micro businesses through Mekar include regional banks (BPR) and multi-finance firms.

Tulsian said banks should start looking at FinTech as more than just a disruption. “FinTech companies and banks have to go hand in hand and collaborate,” he added.

Mekar is a FinTech company specializing in peer-to-peer lending. Using an online platform, http://Mekar.id, Mekar connects Indonesian entrepreneurs and small business owners in need of financing with investors who are looking for a safe, profitable and socially responsible investment alternative.

Mekar is formally known as PT Mekar Investama Sampoerna. Mekar was founded with the aim of increasing financial inclusion among MSMEs in Indonesia.

PT Bank Amar Indonesia or commonly known as Amar Bank, formerly PT Anglomas International Bank (Amin Bank) was established on March 15, 1991 in Surabaya. Since 2013, Amar Bank has become part of Tolaram Group, a multi-national company based in Singapore and has various business units. In the last two years, Amar Bank underwent a major transformation, especially relying on financial technology and even became the first FinTech bank in Indonesia.