2018 was a big year for Mekar — not only for the company, which has been growing and thriving in a very competitive landscape that is Indonesia’s peer to peer lending industry, but also for our Lenders, who have been faithfully supporting us in our mission to empower small businesses in the country by funding their loans. Let’s take a quick look at how Mekar has blossomed this year! 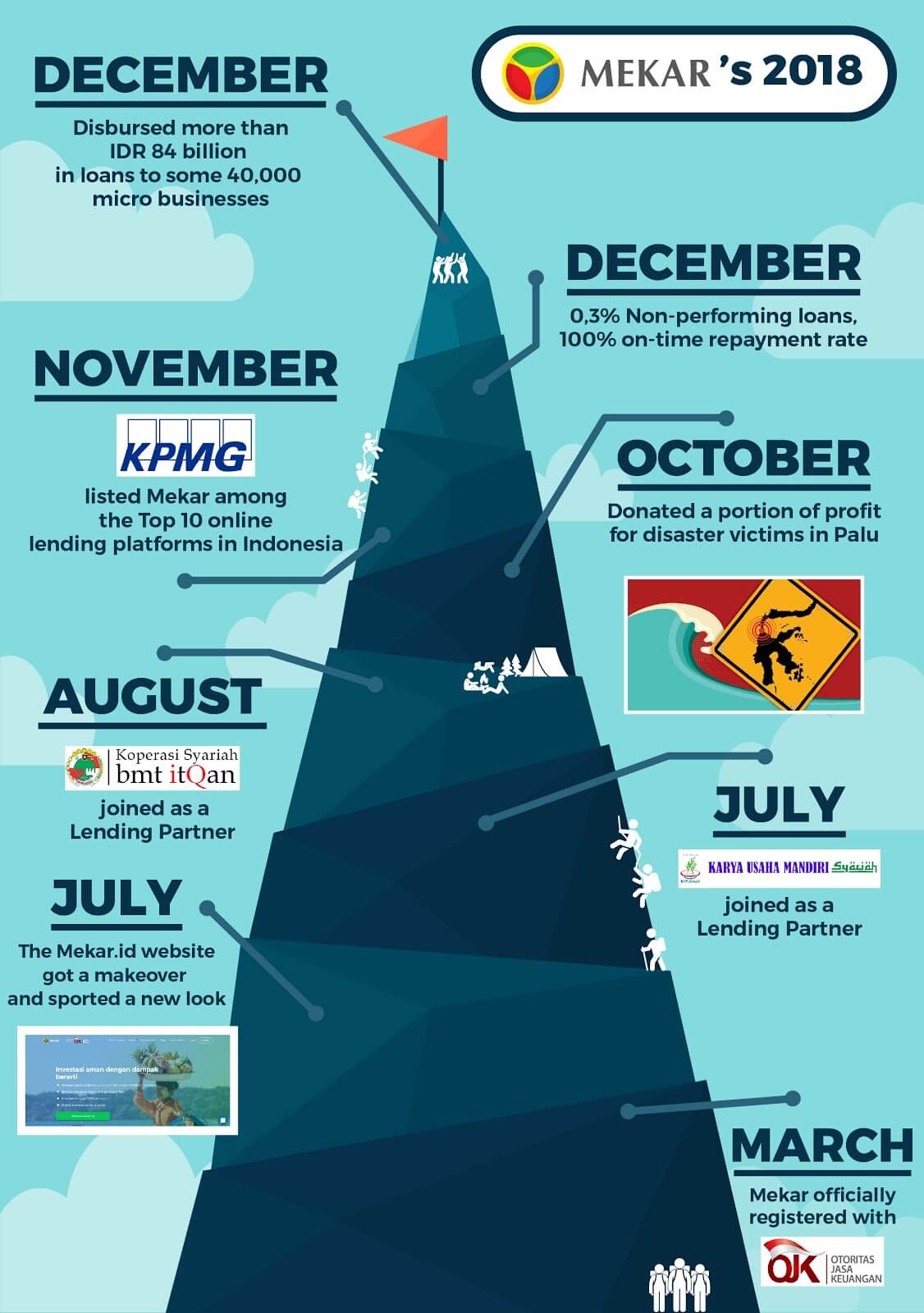 In March this year, our innovative online lending platform was officially registered with the Financial Services Authority (OJK). As a fintech company that facilitates peer-to-peer lending covering the Indonesian archipelago, OJK’s recognition of Mekar was important in that it shows the financial regulatory body’s high level of confidence in our services.

We saw the launch of an all-new Mekar in July. Our website, https://mekar.id, got a serious makeover and sported a new look with a fresh coat of paint. 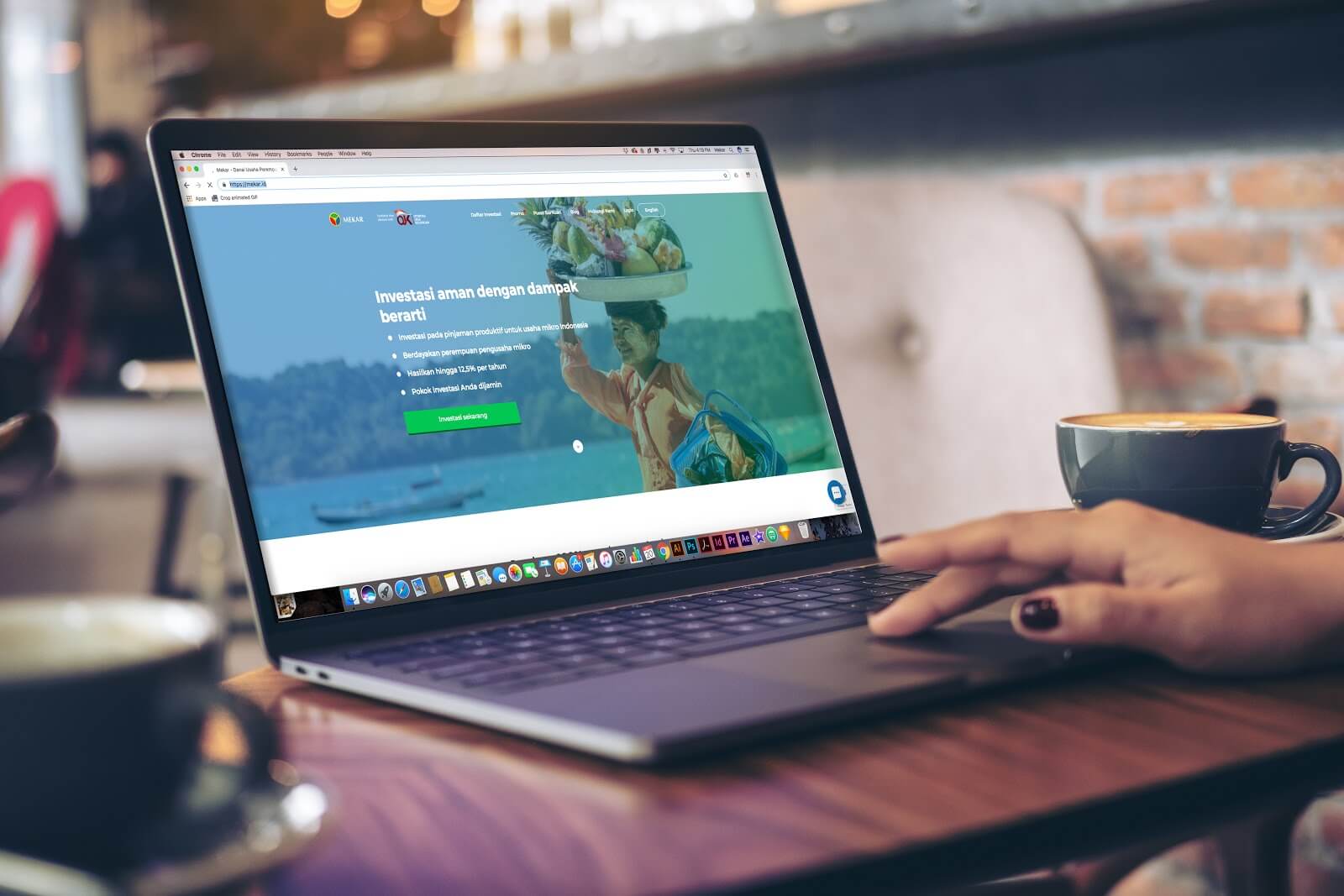 Mekar’s new look. Check it out on our website now!

In the same month, Mekar also welcomed Koperasi Karya Usaha Mandiri Syariah (KUM Syariah) cooperative to our growing list of Lending Partners. Lending Partners are financial institutions with whom Mekar works to locate micro and small businesses in many places throughout Indonesia that are in need of funding. As of today, our awesome Lenders have funded as many as 8,622 loans originated by KUM Syariah. 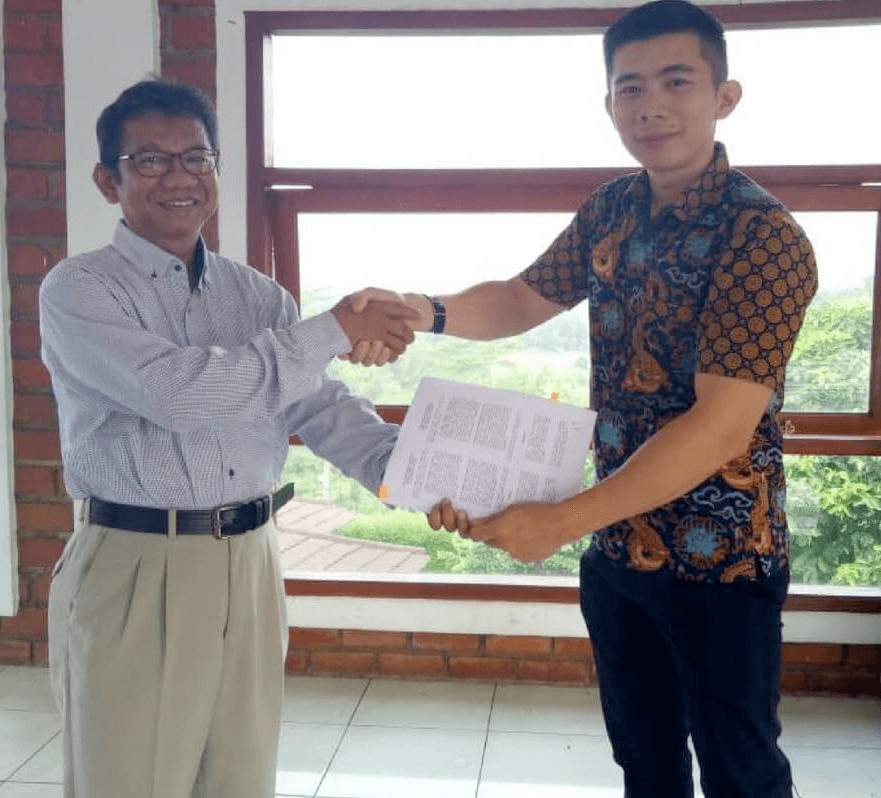 Another cooperative signed up as Mekar’s Lending Partner in August this year. Koperasi Syariah BMT ItQan is a Sharia-based cooperative that largely operates in West Java. In just under six months, Mekar’s Lenders have lent more than IDR 5.5 billion to borrowers whose loans were originated by the cooperative. 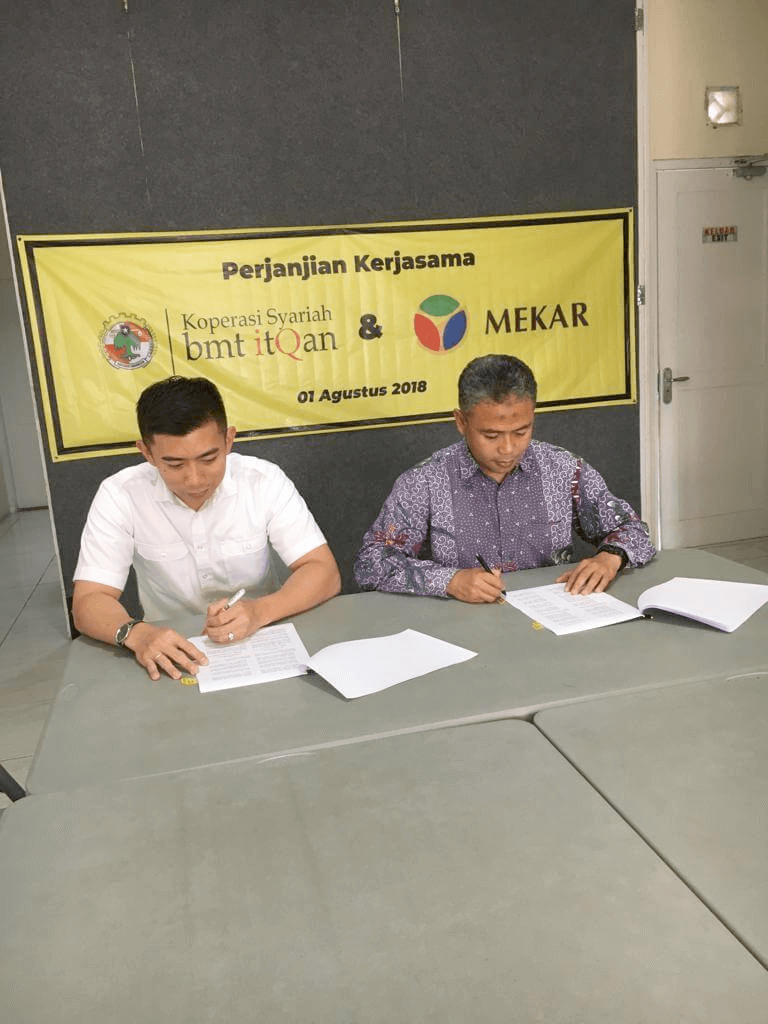 The signing of MoU between Mekar and BMT ItQan

In late September, a powerful earthquake and a tsunami devastated the city of Palu and nearby communities in Central Sulawesi province. In October, Mekar partnered with a humanitarian charity to let our Lenders contribute to the relief effort in Palu while funding micro business loans via the Mekar platform.

Under this scheme, Mekar donated a portion of our profit that we made when a Lender funded one or more loans in Mekar. On October 25, Mekar made a donation of IDR 13,418,000 to the charity, which then distributed the funds to victims of the earthquake and tsunami in Central Sulawesi.

An exciting news came in November. KPMG, a renowned global consultancy firm, identifies the Top 10 peer to peer lending providers in Indonesia and Mekar is one of them. This recognition further solidifies our commitment in improving access to finance for Indonesia’s MSMEs and providing an opportunity for our lenders to grow their money while creating social impact.

As we wrap up 2018, we take a look at the numbers that Mekar, our Lenders, and Lending Partners have achieved together. This helps us measure our achievements and evaluate our performance to improve our efforts in the coming year. This year, together we have achieved:

We have come this far thanks to our amazing Lenders and Lending Partners. Your endless support is what keeps us going and motivates us to do better in the future. Cheers to a fabulous 2019!