Mekar Rocks Bengkulu with Discussion on Fintech and Financial Inclusion

Bengkulu, a province that lies on the southwest coast of Sumatra, has many challenges to overcome when it comes to improving its local economy. Last year, the ethnically diverse province was named the second poorest province in Sumatra and, in 2016, its financial literacy index, at 27.64%, was still lower than the national average of 29.66%, according to a 2016 survey released by the Indonesian Financial Services Authority (OJK).

But all those things did not stop the locals in Bengkulu from enhancing their knowledge of financial services and opportunities in the industry that can help them generate income and improve their livelihood. More than 100 residents of Bengkulu took part in a recent discussion on how fintech can improve financial inclusion, which was held by Mekar (PT Mekar Investama Sampoerna), a leading fintech platform that offers peer to peer lending investment opportunities.

The event, held at Hotel Santika Bengkulu on August 29, 2018, was part of Mekar’s effort to raise public awareness of the increasingly important role of fintech lending companies such as Mekar in enhancing access to financial services for the unbanked population in Indonesia. During the event, Mekar’s SEO and Growth Hacking Specialist also hosted a coaching clinic session focusing on growth hacking and social media insights for beginners. 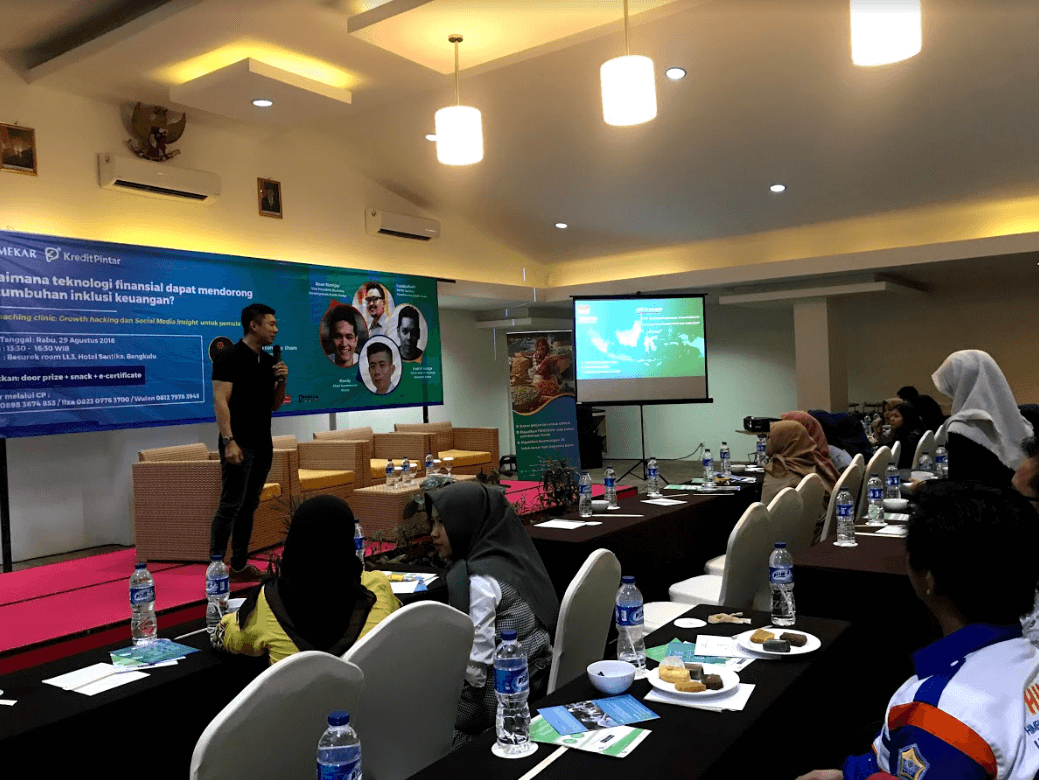 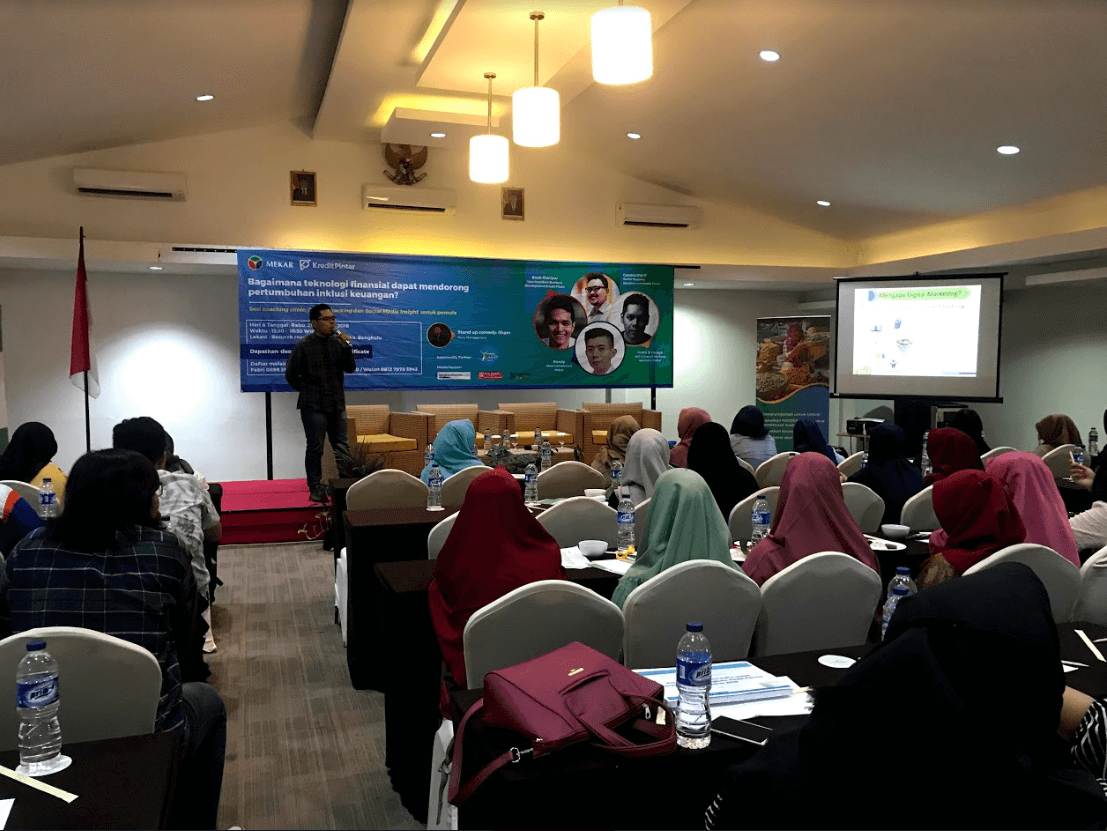 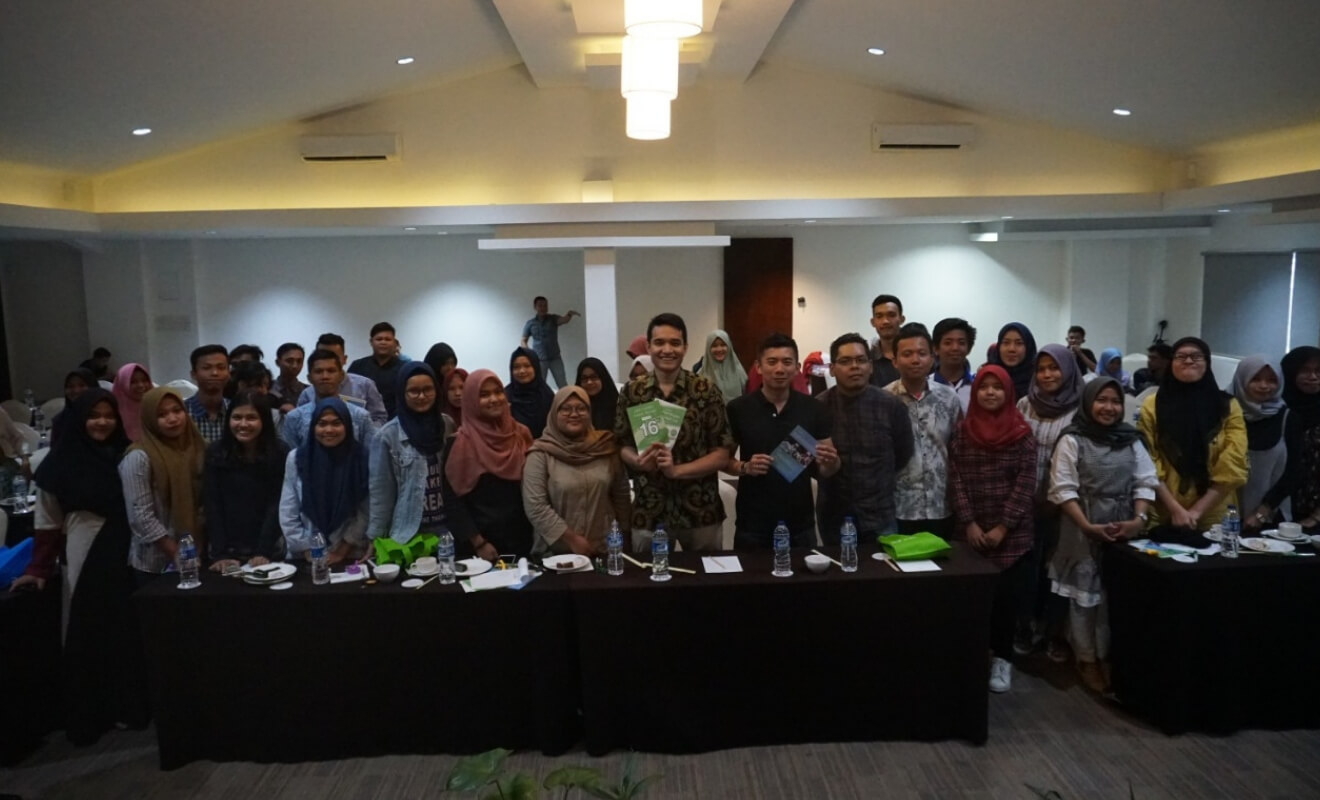 Mekar poses for a picture with some of the attendees on the sidelines of the discussion “How Fintech can Foster Financial Inclusion”.