Celebrating a Glorious Day in a Big Year

Today, Muslims in Indonesia and all over the world are celebrating Eid ul Fitr. It is a day of forgiveness and thanksgiving, when we count our blessings and share our love and joy with one another. It is also a day of reflection, when we take a moment to remember the good deeds we have done throughout the year.

On this day, we also look back at a strong half year at Mekar.

The year 2018 has been a remarkable year for Mekar. We saw significant growth in the amount of loans we disbursed and in the number of micro businesses that you, our funders, helped grow with your investment.

In less than six months, funders in Mekar have funded more than 17,900 loans to micro businesses across Indonesia, most of which are run by women entrepreneurs. In total, Mekar has disbursed more than Rp 43 billion in loans this year, a 2,200% increase compared to the same period last year. 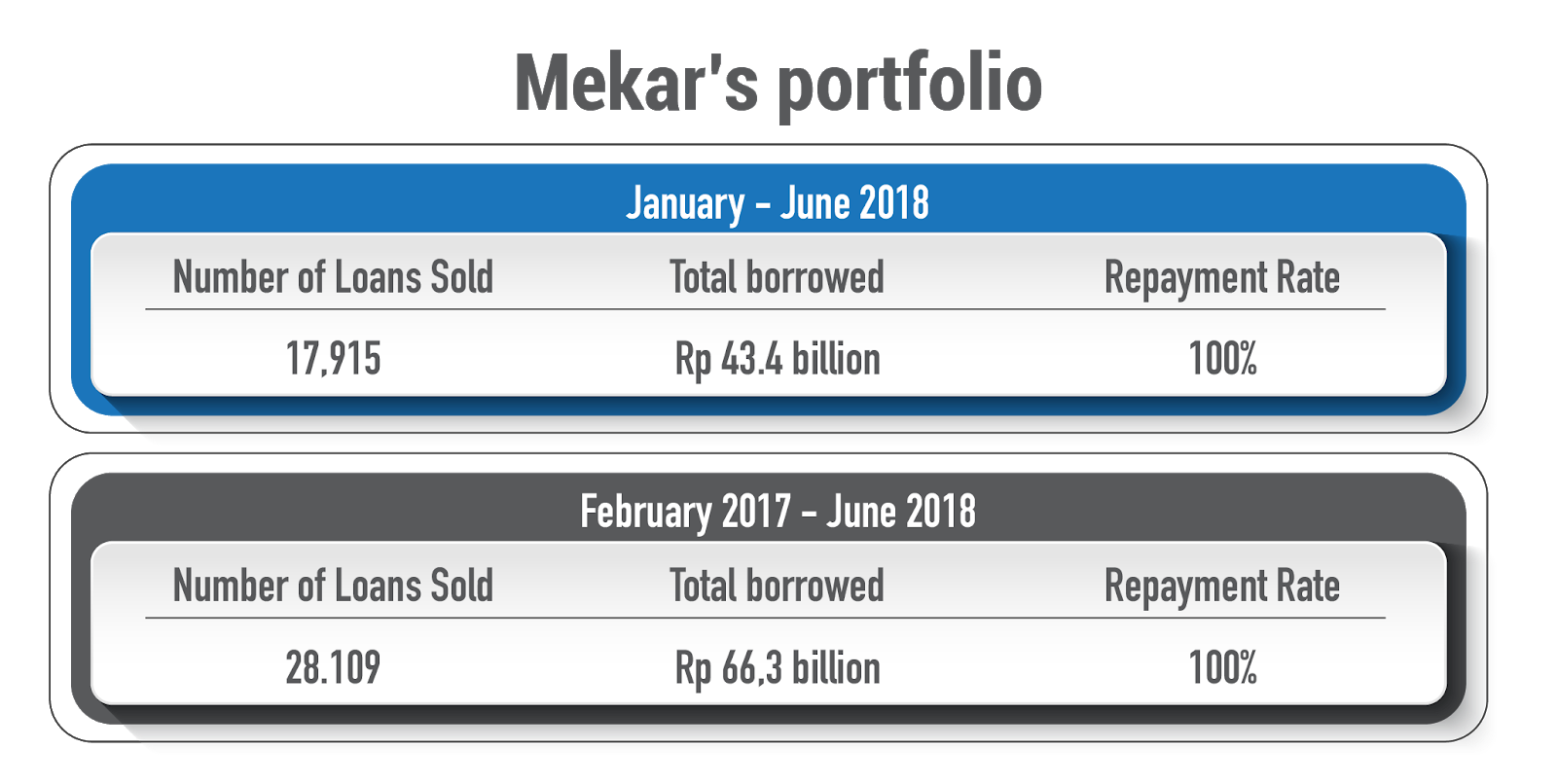 Our portfolio grew exponentially this year on the back of growing interest in secure and impactful peer-to-peer lending investments. Since January this year, we have welcomed some 1,500 new funders who are as passionate as we are in supporting the growth of Indonesia’s MSMEs.

This year alone, our funders have contributed to the growth of micro businesses in  approximately 68 cities in 10 provinces across Indonesia, from Banda Aceh at the western tip of Sumatera to the quiet, idyllic city of Soe of East Nusa Tenggara province on the Timor Island. The micro businesses that have been funded through Mekar this year are located in 10 provinces in Indonesia, half of which are outside the island of Java.

For the past one and half year since Mekar first launched its investment platform, 100% of our funders have received repayments from the loans they have funded.

We are proud of these achievements, but even more so, of our funders and their unwavering commitment to doing their part for a better Indonesia. These accomplishments also serve as a reminder for all of us at Mekar that we still have so much more to achieve, a lot more Indonesian micro businesses we want to support, millions more women entrepreneurs to help empower, and many more high-impact investment opportunities to offer our funders.