Economy
Home›Economy›Indonesia’s Peer-to-Peer Lending Market Is Now 1 Year Old, The Next 2 Years May Be Tougher

Indonesia’s Peer-to-Peer Lending Market Is Now 1 Year Old, The Next 2 Years May Be Tougher

Yes the real birth of Indonesia’s peer-to-peer lending market took place during 2016. The Indonesian P2P toddlers have now helped borrowers get over Rp 275 billion in loans from their online funders. A great achievement, from crawling to walking. However, it is when babies start walking that missteps and falling can happen, that is what this article is about.

Peer-to-peer lending, think of person-to-person lending via a website, is not new to places like the US and UK. Their oldest platforms are now 12 years old. These online platforms are also known as P2P lending or crowdfunding. Basically it is a website where borrowers can get finance for a loan directly from online funders who want to finance them.

2016 saw the growth of six P2P lenders, in order of size: Modalku, Investree, Amartha, Mekar, Koinwork, Crowdo. They all offer finance for small businesses. This is unique because in most countries, personal loans is what most players do. In Indonesia Uangteman.com is the largest online lender for personal loans, but they finance the loans themselves, not P2P therefore.

Parents usually start worrying about their 1 year old walking toddlers. Indonesia is no different, the OJK thought it time to set some rules. The end of 2016 saw the launch of the OJK’s FinTech regulation for P2P lenders. Like a new parent, the OJK is also exploring how to set the rules. Usually parents are stricter with their first child, than their second. That’s because they aren’t sure what to watch out for. But the good news for Indonesia’s market is that the huge P2P market in China, and the older US market can teach us some lessons on what to really look out for.

Last month a group of Chinese regulators, lead by Beijing Bureau for Financial Work published a shocking report. China now has 4,856 P2P lenders with an estimated USD 116 billion in loans. But the report warns that by the end of this year 9 out of 10 platforms will probably fail or be forced to stop by the regulators. That means around 4400 platforms will close or be bought up. In late 2015 Ezubao, then one of the largest Chinese P2P lenders defrauded 1 million customers for about USD 14.5 billion. Controls and regulation are needed for this market, so the OJK’s move is timely. 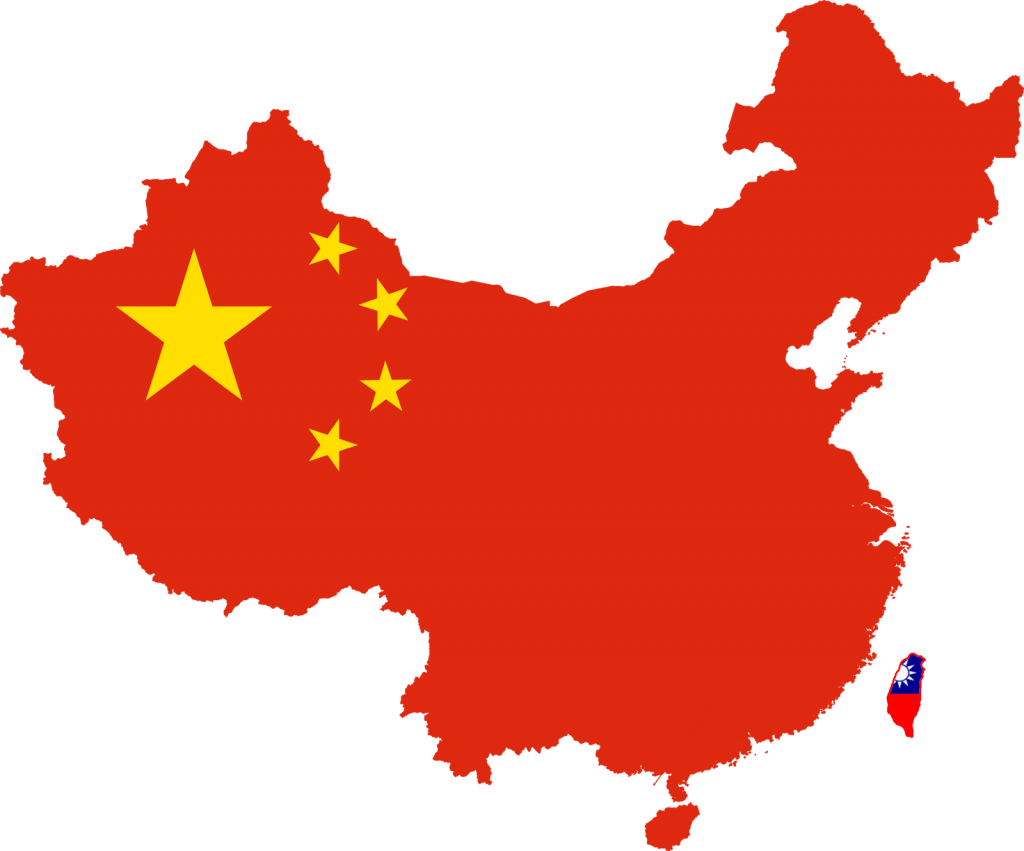 This means that biggest three Chinese platforms, Lufax, CreditEase and Diangrong will go shopping. However, their shopping spree won’t stop in China, they need to diversify out of China to survive these domestic shocks. Indonesia can expect a visit from them in 2018. This will present challenges or opportunities for Indonesia’s P2Ps but also for the largely digitally unprepared Indonesian banks.

So what are the lessons to be learnt from the Chinese and US experiences? Below I list some of the risks of this market so that we may protect Indonesian savers and investors from losing their money:

The OJK regulation states that a P2P lender must own and manage an ‘escrow’ account for their funders. An ‘escrow’ account is a separate account, whose funds can only be deducted under strict rules and for specific purposes. But if the rules are vague and the P2P lender still owns the account, it will still have control over those funds. Which means that the P2P lender can still use the money for ‘other’ purposes, or worse still, walk off with the money … Better is that the ‘escrow’ account is managed by a Third Party all together. Or that the P2P platform must partner with a bank that opens “P2P” client accounts for the platform’s funders, owned by the funder, not the P2P lender. This is the way it is done in the UK and EU. This way the money is truly safe.

Another Chinese problem is that it is theoretically possible for a P2P lending platform to accidentally or on purpose sell one loan two times. If a platform sold one loan twice, it will probably use the funds from the second sale, for side streaming (other) purposes. The P2P basically hopes that it will be able pay back the loan on time. This is clearly fraud, and it is known to happen, especially in China. This is serious problem yet easy to solve. To avoid this all investor’s funds need to be transferred separately from the platform operator and directly from investor to borrower. Additionally the P2P should keep a single and continuous counter for its loans. Like is often done with invoice numbers. This makes an audit by the OJK a lot easier.

Risk #3 – Hiding or selling the rot

One of my favourite films about the financial crisis is The Big Short. This film showed how no one except a few paranoid die-hards actually visited the houses with mortgages that were being sold in so-called Triple-A rated CDO packages by the notorious Lehman Brothers and Bear Stearns Banks. We all know the results. The packaged loans were rotting like hell, and the rating agencies like S&P and Moody’s didn’t check the risk of the underlying sub-prime loans. In May 2016 Lending Club’s CEO was forced to resign after selling some $20 million worth of “near-prime” loans to an institutional investor, without them knowing it. In China this has happened more often. In the Netherlands one of the largest P2P platforms is also facing problems because they hid the true level of bad loans from their investors. It is therefore crucial that all platforms publically publish their true non performing loans ratio (NPLs) and that this is carefully audited by the OJK or any other auditor, an auditor that is not paid by the platform to perform the audit.

These are the main three problems of the Chinese and US P2P lending experience. But there are a further three additional risks which are a serious problem for the whole Indonesian financial sector. Which badly need attention.

Most people in Indonesia that have borrowed money are registered in a jewel of a system called the SID database. This system contains the credit histories of Indonesian borrowers. For some strange reason the OJK and BI are making it very difficult for non-bank financing institutions, like P2P lenders, but also KSPs and some MultiFinance companies, to get access to this information. Which means that many loans are given to people who are likely to not repay their loan. The captains of these financing institutions are currently sailing blindly.

Refusing access to this SID credit rating system means that Indonesia’s institutions are withholding crucial information which is causing economic damage to Indonesia’s non-bank financial institutions. The new creation of a commercial credit rating agency ‘Pefindo’ should get all the government support it can get to avoid unnecessary damage to consumers.
In the UK a commission on P2P lending market recently called for the full sharing of government information to avoid bad loans, but they went even further to request a central database of all borrowers and loans, similar to what Indonesia already has with the SID database – but then accessible to all regulated lending institutions.

Indonesia’s inter bank payment systems is very outdated, intransparent and very expensive. Indonesian banks love to squeeze money out of the population when they make transfers, it is the core business of some of Indonesia’s larger banks. It is also unclear when a payment is made, who it came from and from which bank account. This makes it difficult for platforms to process quickly, and causes them to hold funds somewhere in the process. At Mekar we have solved this by using a transparent FinTech startup called Xendit.co which ensures that we can’t touch our investor’s money, and that money is transferred directly to the borrower, but is isn’t cheap. All of Indonesia’s banked population would benefit if the regulators force banks to jointly create a transparent and cheaper interbank payment clearing system or gateway.

I have two children. When I create a new rule for them they will cunningly think of a way to get around that rule. That is why more rules and regulations don’t always work. The same applies with banks. Since the financial crisis of 2008, new rules on risk are in the making for banks. These are commonly known among bankers as “Basel 3”. One rule here in states that banks must keep higher reserves than currently needed to cover for their ‘balance sheet’ lending (lending with their own money). So what are the banks thinking? “Let’s get into ‘off balance sheet’ lending” – for which they do not need to keep these reserve buffers. Today several banks are investigating the launch or acquisition of P2P lending platforms to do just this. In Indonesia some banks are in advanced stages of doing this. The OJK needs to set a clear and level playing field and regulations not just for the startup platforms but also for banks. To avoid many of the risks that I have described above.

My colleagues and I welcome the increased oversight by the OJK, and encourage the OJK not to increase regulations, but to audit where it is really needed. My concern as a director of Mekar, a P2P platform, is that another platform may ‘collapse’ making it very difficult for the rest to continue offering this useful service. The good thing about having experienced Chinese P2P lenders, like Dianrong and Lufax possibly entering the Indonesian market is that the service standards for Indonesian customers will probably go up. At the end of the day the P2P market is about serving borrowers and funders, not about serving the P2P lenders nor the banks.

So let’s separate the flow of funder’s money; avoid misuse of other people’s money; and avoid the double selling of loans and become transparent about how many bad loans there are. Indonesia is not China, let’s get off the a good walking and running start. Better be safe than sorry !