The small, picturesque fishing town of Labuan Bajo, sits at the western end of Flores, Nusa Tenggara. Although having a tiny population of less than 2,000 inhabitants, Labuan Bajo’s tourism sector has seen remarkable growth as travellers from all over the world set their foot in this ramshackle harbour town to get a taste of its enchanting, peaceful landscape and teeming sea life.

As Labuan Bajo’s economy enjoys a period of growth thanks to the tourism boom, the locals are now keenly looking for ways to grow their wealth even further. Last week, Mekar visited Labuan Bajo to introduce the locals to fintech and investment opportunities in peer to peer lending that can help them grow their money while contributing to advancing financial inclusion in Indonesia.

In a discussion on “Fintech’s role in advancing financial inclusion”, held last Friday on September 21, 2018 at the Exotic Komodo Hotel, Mekar’s Chief Commercial Officer Randy Gunadi talked about how the innovative peer to peer lending services that Mekar offers are helping women micropreneurs in many provinces in Indonesia grow their business while providing a safe and profitable investment opportunity for all.

Investing in micro business loans in Mekar gives funders a return of 7.18%  up to 12.5% per year, higher than time deposit accounts. Any investment made on the Mekar’s platform is also protected with a protection guarantee, albeit only for the principal portion of the loan funders are investing on. Nevertheless, this guarantee, provided by Mekar’s lending partners, can give Mekar’s funders a peace of mind from knowing that they are at a lesser risk of losing their money.

Going a step further, Mekar also offers its funders an opportunity to generate positive social impact with their investment. By investing in micro business loans, funders in Mekar are helping micro businesses in Indonesia grow, thus driving financial inclusion in the country.

The discussion in Labuan Bajo drew about 100 attendees and was part of Mekar’s effort to raise public awareness of the increasingly important role of fintech lending companies such as Mekar in enhancing access to financial services for the unbanked population in Indonesia and in providing an impactful investment alternative for Indonesian investors.

Check out below some pictures from the event! 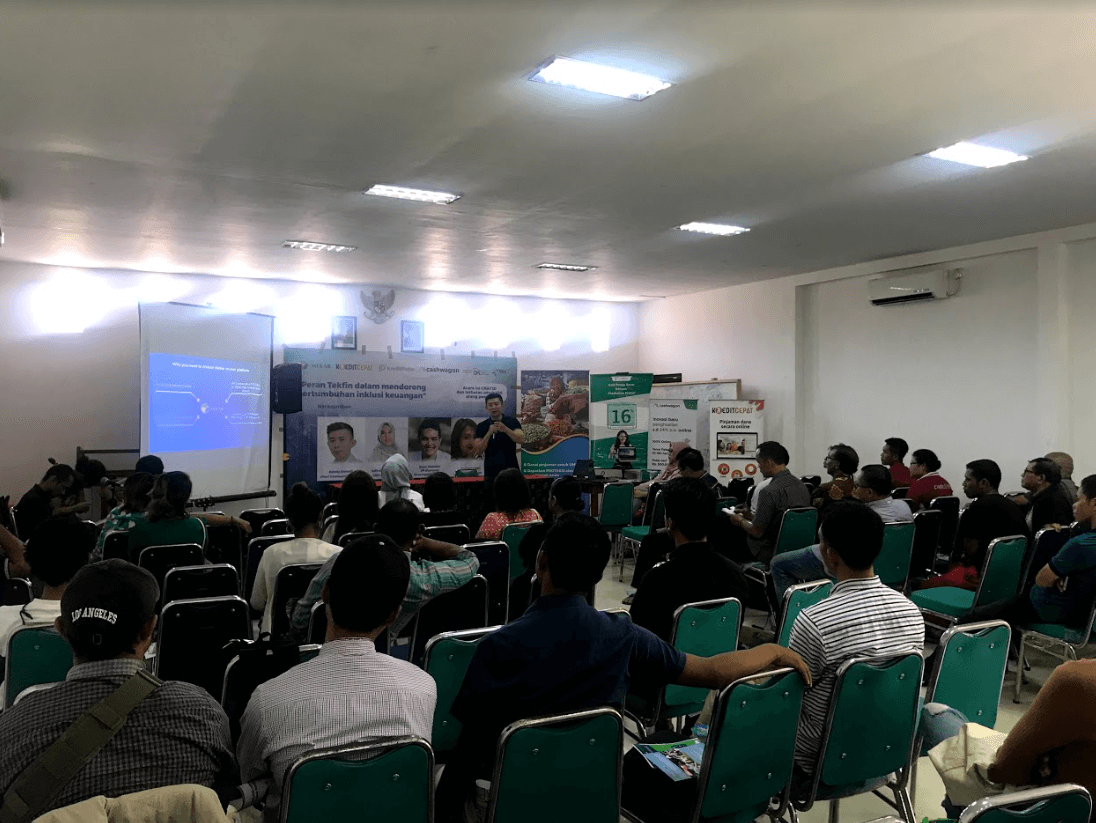 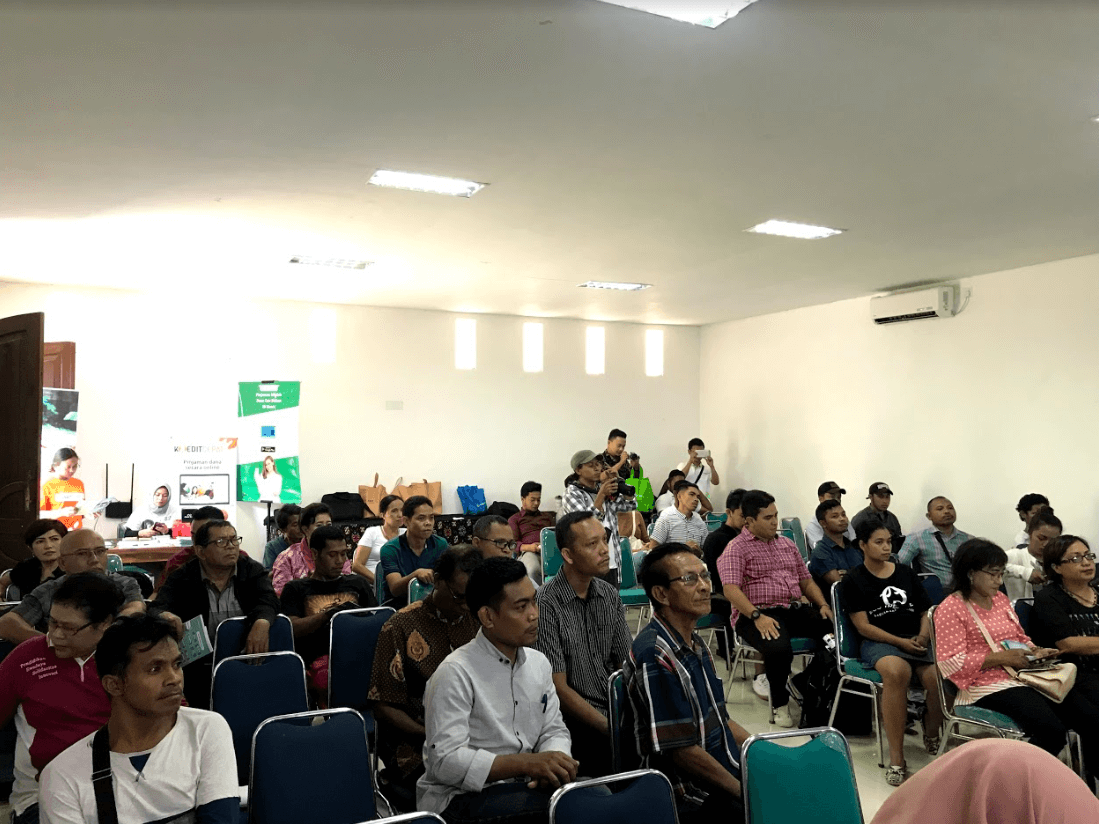 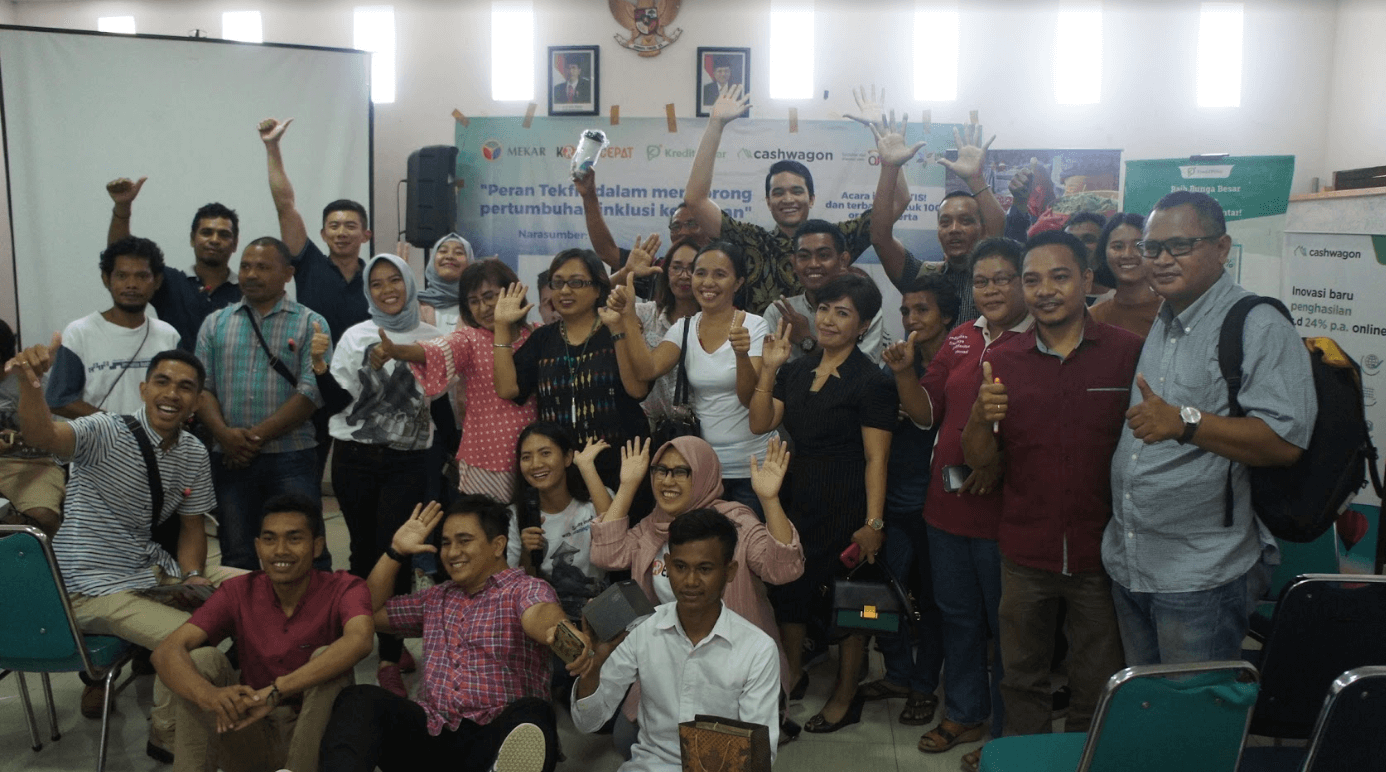 A photo session with all the attendees marks the end of the event in Labuan Bajo.