Behind the Scenes : Preparing the German G20 Summit for SME Finance

Despite the cold I was warmly welcomed by Anna Klabunde from Germany’s Federal Ministry of Finance and Matt Gamser, CEO of the SME Finance Forum at the IFC. They were not alone, there were 100 delegates from the 20 largest economies. Among them were central bankers, secretaries of state, directors of development finance institutions, and there were also four FinTech entrepreneurs from Uganda, Denmark, South Africa and I myself as the only representative from Indonesia. 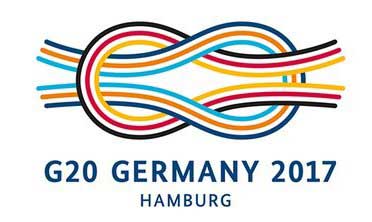 This summer, the G20 Summit will be held and attended by top brass like Prime Ministers and Presidents, including Germany’s own Angela Merkel, China’s Xi Jinping, India’s Narendra Modi, USA’s Donald Trump and their friends or enemies. Meanwhile, in advance of the summit, finance ministries and development cooperation have indicated that SME Finance is high on their priority list.

In summary, it is clear that SME Finance is an important topic. But it nearly fell off the standard G20 summit agenda had it not been for the German delegation’s effort and the lobbying of Queen Maxima of the Netherlands in 2009.

Many of the speeches in last Friday’s meeting began with the usual quote of ‘SMEs being the “backbone” or “motor” of the economy’.

The new issues that arose during the meeting were mainly about the rise of big data, privacy of data and fintechs. Germany’s deputy finance minister Jens Spahn summed up the main issue of the meeting: “Big data and FinTech will be here, there is no stopping them. The question is how do we regulate them without killing innovation.”

Among the ± 100 high level policy makers , the odd ones out were 4 four FinTech entrepreneurs, who were asked to speak about their experiences, bringing the ‘real economy’ into the mix.

Among the four was Lars Kroijer of AlliedCrowds. The former Danish investment banker has set up a useful database of funds, banks, venture capital and grant funds to finance SMEs in developing countries. Surprisingly many of the financial institutions in the database have a focus on Indonesia.

Lelemba Phiri of Zoona, started in Zambia and moved to South Africa to help grow Zoona. Zoona’s core business is handling domestic remittances from one city to another. But they also help finance small franchises grow and provide advice on how to do this. Does anyone do domestic remittances in Indonesia?

Roland Claussen of Awamo soon realised with the massive and fragmented market in Micro Finance (MFIs) in Africa that it would be good to share a database between the MFIs containing the records of their borrowers, so that a KYC (Know Your Customer, a guideline for borrower creditworthiness and verification check used in African countries) would be easier and cheaper.

Many African MFIs use Awamo’s system and their big innovation: a biometric (10 fingerprint) scanner, to validate the ID of a person applying for a loan. This kind of solution would be fantastic in Indonesia, especially if applied by BRI in a shared database that can be accessed by the credit cooperatives (KSP) and Rural Banks (BPRs).

I decided not to pitch my company Mekar (https://mekar.id) but to share my experience and the ups and downs of setting up a fintech lending operation in Indonesia.

Mekar did direct lending in 2016, but soon realized that Indonesians (borrowers and loan agents) are very creative in circumventing all sorts of credit scoring systems and protocols, to their own financial gain.

We also realised that collections and collecting on loans is not FinTech, it is PeopleTech. People need to go out and collect. This is not a plug and play business, it requires daily sweat, management, training and supervision. It is a slow and hard work. This means that mekar would not be able to scale up across Indonesia, until it had a massive army of collectors across the 4900 km from Aceh to Papua. No way will this happen… We realized that FinTech will only go so far in making lending more efficient.

“At the end of 2016 Mekar ‘pivoted’ its business model” summed up Matt Gamser of the IFC, our moderator. Mekar decided to put the massive and fragmented group of non-bank financial institutions (FIs) at the center of our business model.

Since January 2017 it now does two things: (i) it generates SME loan leads for FIs (https://leads.mekar.id) via online and chatbot technologies. This saves the FIs a lot of time and money; and (ii) Mekar also sells the current SME loans of FIs via a crowdfunding site https://mekar.id to the growing middle class of Indonesia. This means the FIs will get their money back earlier for them to lend to new SMEs.

This way the FIs do what they are good at: lending and collecting. This is a nice win-win for FinTech and Banking. So, FinTech becomes complementary, rather than disruptive, to the existing financial sector.

Tim Kanning, the business editor at the Frankfurter Allgemeine Zeitung (www.faz.net) wrote about the session in the following way.